Getting Started with LoadRunner, Eclipse and Selenium

Before you begin, save yourself some time and make sure that you're using the 32bit version of Eclipse

. I actually had an issue getting this to work at first, and had to open a ticket with HP support. The resolution was changing to 32bit Eclipse, after which everything worked fine.

Also — you need LoadRunner 12, but the good news is that LoadRunner 12 is now free to use for up to 50 concurrent users. So go ahead and download and follow along – it's free. 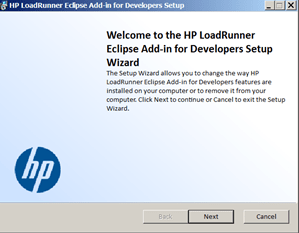 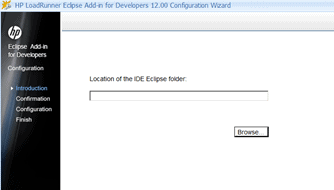 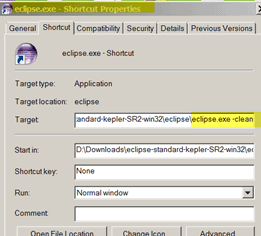 Create a Selenium test in LoadRunner

Cool! Now that we have everything configured, let's create a simple selenium script and add some LoadRunner transactions to it. I'll assume that you already have a project that includes the Java Selenium language bindings. (If not, you can get step-by-step instructions on how to do this by following my previous post Selenium 2.0 WebDriver – How to Get Started with Eclipse.) 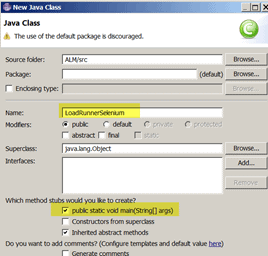 For our script we will be using the Start and End transaction steps. These transactions are used to measure the duration of a particular flow or event. In our example it will measure the amount of time it takes for the Google homepage to load. 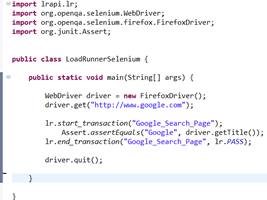 Now that we have our script, we can create a performance test scenario to run within the LoadRunner controller. The HP LR Controller is used to organize and manage scenarios. It is basically our performance test dashboard. In the controller is where we can specify our scripts and how many concurrent users to run. It also allows us to display the execution status of each Vuser and monitor performance resources.

Result Directory: I have mine in D:\Download\LrSelenium 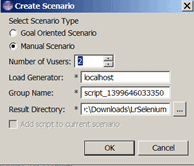 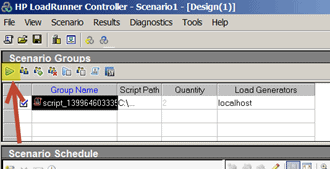 The test scenario should run for the specified time, and you'll also be able to see how long the avg time for the Google_Search_Page was. 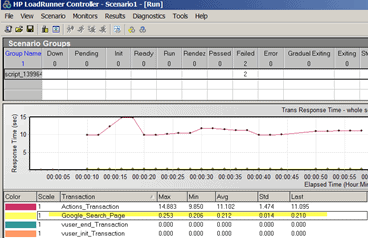 We don't have time today to go into all the different settings you can set in the controller, but you should now have the knowledge needed to create some basic Selenium scripts and run them in LoadRunner.

33 responses to “How to run a Selenium Script in LoadRunner”