In a previous post I showed how to get started using Selenium 2.0 WebDriver with Visual Studio, C# and IE. Since then I've received a few questions on how to do the same with Selenium Web Driver and Eclipse. Rather than answer each one individual, I thought it would be better to frame my replay in the form of a quick post.

Turns out that not only does Internet explorer not play nice with Selenium and Visual Studio but it also has odd behavior in Eclipse as well. Hopefully this post will help you get started on your learning Selenium in Eclipse journey.

Configure Eclipse to work with Eclipse

These are two most common errors/warnings that I see when using Selenium in Eclipse with Internet Explorer:

For example my InternetExplorerDriver is located on my D drive under a Download directory. All I did was add that to the end of the existing values in my PATH variable: 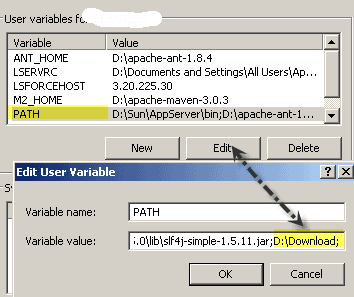 What Internet Browser Versions has Selenium been tested against

As of now (Nov 2012) the IEDriver has been tested against IE 6, 7, 8 and 9. For updated IEDriver information check out the Selenium InternetExplorerDriver Wiki