I recently interviewed Masha Kozinets, the director of product management for TestComplete, and Jeffrey Martin, a sales engineer. We discussed all the new features in the latest version of TestComplete, so if you want to learn about all the latest updates don't miss TestTalks episode 32.

The top two new features that really caught my attention were TestComplete's ability to now integrate with Selenium, and its enhanced support for unit testing.

So far, SmartBear is the only major tool vendor that I'm aware of, that has embraced open-source tools. In fact, one of their most popular API testing tools, SoapUI, has an open source version. They've proven this yet again with a new feature that allows users to call Selenium testing from within TestComplete. This new functionality allows for the inclusion of Selenium tests into your TestComplete test project. You can also run them as part of your automated testing process and analyze your test results.

In order to integrate Selenium with TestComplete you'll need to:

Once everything is configured and installed, you're good to go.

Why using Selenium in TestComplete is Cool

Jim Evans, one Selenium's contributors, advised the folks at SmartBear on what features he felt TestComplete might create in order to enhance the Selenium testing experience; things like test reporting, which is not a feature priority for Selenium.

Although Selenium only supports browser applications, the integration with Test Complete allows users to automate pretty much any technology — all within one tool. I realize that can currently be done with the tool vendors' own web automation capabilities, but with more and more companies expanding their use of Selenium, support for it is becoming even more critical.

I think this is a move we're going to see a lot of the other major tool vendors making, especially once the W3C WebDriver standard becomes official and all the main browser vendors start implementing their own versions of Selenium Driver. 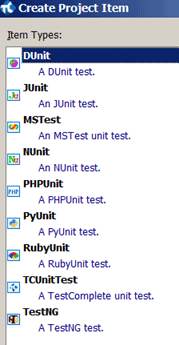 Being able to call unit tests really is a step towards freeing automation from QA. The more you can automate efficiently the better. In order to do that you need to expand the team beyond QA, which is one reason why the ability to call a developer's unit testing from within Test Complete is so cool.

Now, I'm aware that you can get most of these functionalities using a more developer-centric approach using just the standard open-source tool within Eclipse or IntelliJ, but one point that was brought up in my interview with Masha and Jeff was that this approach is actually alienating many more high-level testers from being able to participate in test automation. Forcing all your testers to use Eclipse, for instance, is not going to make for a very productive test team.

Using a tool like TestComplete makes it easier for non-technical people to contribute to the automation effort, and also allows extremely technical developers to continue to focus on lower level testing efforts — all within one IDE.

Using this feature is as simple as right clicking and choosing the Add Unit Tests option.

With the release of TestComplete 10.5, I believe SmartBear is positioning themselves to be the one tool to which all engineers can go for all their automation efforts. With the new features, SmartBear's vision seems to be that users should only need one tool for all their automation testing. Look for more and more of these types of TestComplete integrations from SmartBear in the future.

To hear more about TestComplete and QaComplete listen in to TestTalks episode 32.