Managers and engineers can often get lulled into thinking automation is easy. After all, how hard can automation be? You record yourself interacting with the application, then play it back. Done. But how many of us have been burned by that type of thinking? I know I have. It’s up to us as automation engineers to educate the people around us about automation best practices and techniques if we are to have a prayer of surviving in this fast-paced, Agile DevOps world.

In this episode Jim Hazen, a veteran of the software testing trenches, shares with us his years of experience in succeeding with test automation. Discover what it takes to implement automation and set realistic expectations for your teams, keeping in mind that it's automation, not automagic! 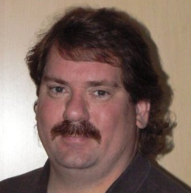 Jim Hazen is a veteran of the software testing trenches, and has over twenty five years of experience testing applications on the PC and Web platforms. Jim has been involved with the startup of testing groups at multiple companies and has done consulting work for the last 15 years. He has helped clients implement tools for functional automation, performance testing and test management. He has worked with clientele management to achieve efficiency gains and financial benefits associated to testing.