There have been many changes in the software testing industry in the last several years. Those of us who have been testers for a while know that testing is an actual professional craft; nevertheless, many folks coming out of college – and even some of our own developers – have no idea about testing techniques and tools.

If you’re anything like me you’ve probably wished there was a way to keep up with and promote the ever-changing tools and techniques needed to succeed with testing.

In this episode, you’ll discover how this is all about to change as we speak with Anna Royzman about her new organization, A Quality Leadership Institute. The mission of A Quality Leadership Institute is to become the world’s leading advocate for quality in technology. Anna has big plans for the organization, which include developing innovative programs on software testing quality and leadership for the tech community, as well as the promotion of software testing as a real discipline in colleges around the world. 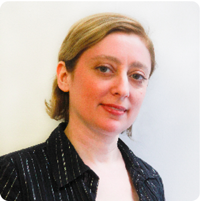 Anna is an international conference speaker, organizer and trainer. Anna is also the founder of A Quality Leadership Institute who's  mission of  is to become the world leading advocate for quality in technology. The organization will reach this goal through developing innovative programs on software testing and quality for the tech community, leadership and educational institutions.