Today we’ll be test talking with Brian Okken, author of Python Testing with UnitTest, Nose & Pytest, and host of the new Python Test Podcast. Get ready to discover some cool Python testing techniques, including how to use Python for embedded testing and more. 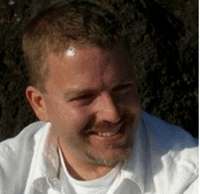 Brian a lead software engineer who spends 70% of my time programming and about 30% of his time doing team lead stuff.

He received my MSCS from the University of Oregon in 1996.
Since then he's been developing software in the Test and Measurement industry.

Brian's worked with lots and lots of EEs and learned a thing or two about measurement instruments, and many types of measurements. He's worked on oscilloscopes, spectrum analyzers, communication test systems, and test systems with 1 to 5 racks of instruments. And for more then 10 years, Brian's been on projects that have used Python to test the functionality of  instruments though their remote APIs.