If you’ve resolved to start your Agile testing efforts off right in 2015, then this episode is for you. You’ll discover what foundational principles you’ll need for better Agile practices in the new year.

Janet shares with us a bunch of awesome Agile tips and tricks to help those who are trying to improve their current Agile Testing efforts, as well as anyone who wants to start their 2015 testing projects using good, solid Agile testing best practices. 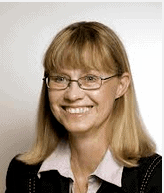 She is co-author with Lisa Crispin of Agile Testing: A Practical Guide for Testers and Agile Teams and More Agile Testing: Learning Journeys for the Whole Team

Janet has helped introduce agile practices into companies as tester or coach, and has successfully transitioned traditional test teams into the agile world. Her focus is working the business users and testers to understand their role in agile projects. She practices Lean principles, Extreme Programming, and SCRUM. Her experience as a QA Manager both in a traditional and in agile environments gives her an understanding of the issues faced by most teams. She has introduced lasting change into organizations.