When you work for a large company, you sometimes need to expand your automation efforts beyond Selenium browser-based testing.

What happens when you also need to create automation for applications like Embedded Systems, SaaS or ERP?

In today’s episode you’ll discover how to automate embedded, SaaS and ERP systems, so prepare to learn
some useful tips and best practices as we Test Talk with Ali Khalid, a test automation expert and enthusiast who has a ton of consulting experience working with all kinds of automation projects. 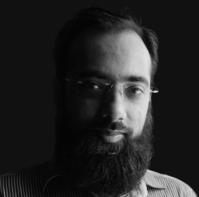 Ali has been in the industry for about 10 years with a wealth of experience in diversified products. He has worked on and delivered multiple automation frameworks for for Embedded, SaaS and ERP products.  Over the years has conducted trainings in automation framework design and invited as a guest speaker and a moderator to meet-ups on occasions as well. He is passionate about finding new techniques to design successful automation frameworks and help out companies in their automation ambitions.

3 responses to “128: How to Automate Embedded, SaaS and ERP Systems, with Ali Khalid”