What is pair testing? It’s exactly what it sounds like — two people on the same machine, trying to complete a test together.

On today’s show, Katrina Clokie shares with us all the benefits her organization has enjoyed since starting pair testing, as well as how it’s helping to change culture through testing. If your Agile sprint teams are struggling with testing, you won’t want to miss this episode. 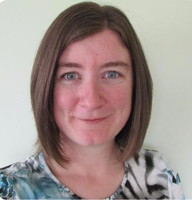 Katrina Clokie serves a team of more than 30 testers as a Testing Coach in Wellington, New Zealand. She is an active contributor to the international testing community as the editor of Testing Trapeze magazine, a mentor with Speak Easy, a co-founder of her local testing MeetUp WeTest Workshops, an international conference speaker, frequent blogger and tweeter.

2 responses to “111: Benefits of Cross-Team Pair Testing in Agile with Katrina Clokie”