I recently was asked by a co-worker (Sreevani) how to use Service Test 11.20 to test for HTTP Error 500 returned from a REST service.

My first suggestion was to say, “Sure. All you need to do is use the HTTP request's checkpoints status code. Set the status code to equal the expected Value 500. Turn off the service, run the test and it should pass.” That advice however, would have been wrong. As you can see below, the test actually fails when this approach is used: 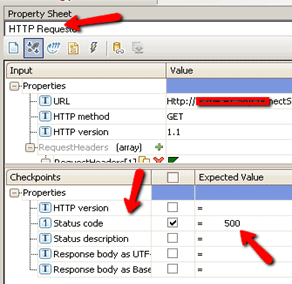 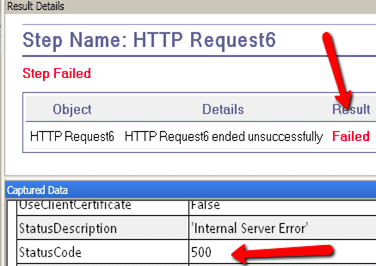 When you think about it, Service Test is behaving as you would expect when an HTTP error code 500 is received. Service Test fails the test because it expects a valid response back from the service (like 200). The HTTP 500– Internal Server Error is a general “catch all” error that means something has gone wrong.

That's how positive testing should work–checking that the service does what it was designed to do without any errors. In this case, however, we need to do some negative testing.

Negative testing is used to verify that the service did not perform a task it was not designed to perform. In this case, we need to verify the status code 500, and if it finds the expected error code 500, pass the test. (When testing SOAP web services in ST 11.20 there is an actual setting–“Fault is expected”–that allows you to do this.) 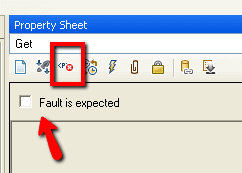 Unfortunately, this option is not available when testing a REST service.

Fault is expected when testing a REST service

My second instinct was to tell the engineer that this could be handled using custom code. To my embarrassment, however, I didn't know what the exact syntax should be. After trying everything I could think of, I was stumped. Luckily, a developer on the project pointed us to the args.ExecutionResult object, which allowed us to tell Service Test to pass if it received a failure:


Place this code in the HTTP request's AfterExecuteStepEvent Event.

The above is yet more proof that “developers are your friends!”