Have you ever had the feeling that you’re running too many tests? Or redundant tests that are causing you to spend too much time maintaining an ever-growing test suite of what seems like wasted test cases? Does your test suite take a long time to run when all you want to do is make sure a small change you made to a specific area in your application didn’t affect anything else? And did it leave you wondering what combination of test cases would give you the verification coverage you need?

These are issues I struggle with, as well – which is why last year at HP Discover in London I was interested to learn about a model-based testing using a tool called Agile Designer. Ever since seeing a demo of the product done by Huw Price, I’ve been hoping to get him to appear on my podcast. I’m happy to announce that today, Huw Price shares with us his thoughts around model-based testing and test data management. 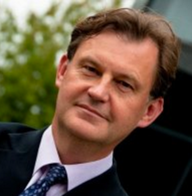 Huw Price is a VP at CA focusing on quality and acceleration of the entire software line cycle, really, but specializing in test data and accelerated automation frameworks.Huw has provided high-level architecture design support to multinational banks, major utility vendors and health care providers. A strong believer in balancing pragmatism with a visionary approach, he has been able to rapidly bring new products to market while maintaining strong quality control.

Huw writes for numerous publications including CIO UK, Professional Tester, The European Software Tester and Test Experience and is an adviser to Kings College KCL in the United Kingdom. He has led many academic discussions with academic groups, including KCL and presents frequently at conferences and exhibitions including HP, QSIT’s STeP-IN conference in India, the SQS international conferences, Oracle User Groups, the UKCMG and StarEast. He also has experience of training large groups and offering strategic advice to large corporations like Deutsche Bank and Capgemini. Huw does not shy away from lively discussion amongst audiences about best practice and the limitations on current testing techniques.