Appium – How to Test Mobile Apps

Appium is a cross-platform, open-source, mobile UI automation framework. It allows you to write UI tests for your mobile apps, Android iOS and some other OSs.

In today’s episode we’ll be talking with the creator of Appium, Dan Cuellar. Discover why Dan developed Appium and how it can help you create mobile-based automation awesomeness. 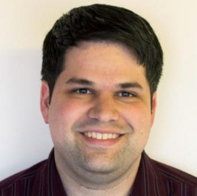 Dan Cuellar is the creator of the open source mobile automation framework Appium, and Head of Testing at Foodit.  Previously, he headed the test organizations Shazam Entertainment in London and Zoosk in San Francisco, and worked as a software engineer on Microsoft Outlook for Mac, and other products in the Microsoft Office suite.

He is an advocate of open source technologies and technical software testing. He earned a Bachelor’s degree in Computer Science, with a minor in Music Technology, from the world-renowned School of Computer Science at Carnegie Mellon University in Pittsburgh..