Software Craftsmanship – Revenge of the SDET

In this episode, we’ll talk with Scott Nimrod about Software Craftsmanship and how to take your development and testing efforts to a new level. Discover some modern testing techniques that can really improve the quality of your unit testing and automation testing efforts.

Scott’s enthusiasm and hustle around self improvement and making development efforts awesome really shine through in this can’t-miss episode for folks that are serious about testing and development. 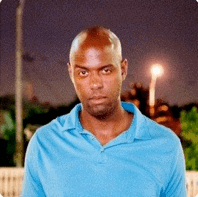 Scott Nimrod is fascinated with software craftsmanship. He has been practicing software development since 2003. He’s a thriving entrepreneur, software consultant, and he blogs. He focuses on native application development and Test Automation. He was born and raised on the mean streets of Cleveland, Ohio and currently resides in Miami Beach, Florida. His blog can be found at Bizmonger.Wordpress.com.

5 responses to “82: Scott Nimrod: Software Craftsmanship – Revenge of the SDET”