In this episode we’ll talk with Mark Collin, author of Mastering Selenium WebDriver. Mark will share with us how to create an extensible test framework, as well as how to write clear, simple, readable and reliable tests that perform complex test automation tasks. If you’re a Selenium automation engineer and are ready to take your Selenium efforts to the next level, this episode is a must-listen. 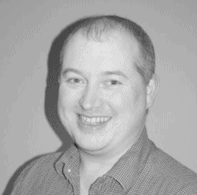 Mark is a professional software tester who has been working in the software testing industry since 2001. He started his career in the financial sector before moving in consultancy. As a consultant, he has had the privilege of working on numerous projects in many different sectors for various large and well-known companies. This has allowed him to gain an eclectic range of skills and proficiencies, which include test automation, security and penetration testing, and performance testing.

He loves technology and is always exploring new and exciting technology stacks to see how they can enhance the capability and reliability of automated checks. He is fully aware that though automation is good, at the moment, nothing can replace the human mind when it comes to having a well-rounded test solution.

He is a great believer in open source technology and spends a lot of time contributing towards open source projects. He is the creator and maintainer of the driver-binary-downloader-maven-plugin, which allows Maven to download ChromeDriver, OperaDriver, the IE driver, and PhantomJS to your machine as a part of a standard Maven build. He is also a core contributor to the jmeter-maven-plugin, a tool that allows you to run JMeter tests through Maven. Mark has also contributed code to the core Selenium code base.