Projects can fail for many reasons. Some fail because they test the wrong things. Others fail because they test too much. In this episode Todd H. Gardner, an enterprise consultant and founder of TrackJs, shares his many years of development experience in testing atrocities (AKA terrible testing) and what we can learn from them. You’ll come away questioning your own testing. So let’s forget about our long-held testing dogmas and start doing a better job of testing the right things in our software. 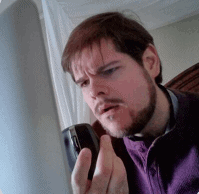 Todd H Gardner is the president and co-founder of TrackJS (trackjs.com) and an independent software consultant putting software and businesses on the web. With over a decade of experience building software systems, Todd has built large enterprise systems, complex software products, and launched companies.