In this episode we’ll be talking with Vladimir Khorikov, author of the Pluralsight course Automating UI Tests for WPF Applications. Discover how to create a maintainable, automated test suite for your WPF application using the open-source framework White.

Vladimir will guide us through the process of building a White automation framework and share some of his tips and best practices along the way. 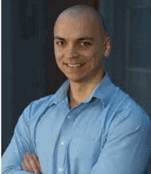 Vladimir has been a software developer/software architect for about 10 years now. He has a strong mathematical and algorithmic background but later his focus shifted to more generic topics, such as design patterns, domain-driven design, and functional programming.Vladimir been practicing DDD for about 6 years now which has concepts that are really useful for creating complex business applications. Vladimir's mission is to reduce complex problems to a level where they are no longer hard to understand and implement and shares his insights along the way.

Get the Full Transcript