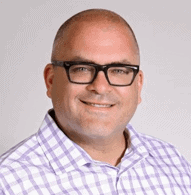 Michael Sage has a 15-year career of enterprise software experience and customer success with specialities in many varieties of automated software testing and monitoring. Prior to BlazeMeter, Michael (better known as “Sage”) was a solutions architect and sales engineer in software delivery and performance management and has worked with industry-leading companies like Mercury Interactive, Hewlett-Packard and New Relic, helping teams implement integrated solutions that enhance the performance and experience of their customers.

One response to “75: Michael Sage: Continuous Performance Testing with BlazeMeter”