Hands-On Mobile App Testing: A Guide for Mobile Testers and Anyone Involved in the Mobile App Business

Today, mobile apps must meet rigorous standards of reliability, usability, security, and performance. However, many mobile developers have limited testing experience, and mobile platforms raise new challenges even for long-time testers. In this episode the Author of Hands-On Mobile App Testing – Daniel Knott shares his end-to-end blueprint for thoroughly testing any iOS or Android mobile app. 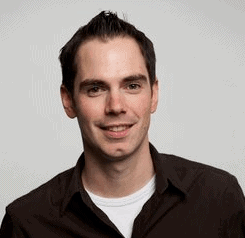 Software testing soon became a passion during his time at university and is the reason why he chose to pursue a career in software testing. Daniel has worked at several companies in various different industries where he was responsible for testing web desktop and mobile applications. During a number of projects, he developed fully automated testing frameworks for Android, iOS and web applications. Daniel is a well-known mobile expert, speaker at various conferences in Europe (http://www.adventuresinqa.com)

He is also the author of the book Hands-On Mobile App Testing: A Guide for Mobile Testers and Anyone Involved in the Mobile App Business