The Apple Watch is coming. Are you ready? With the release of the much-anticipated watch happening in less than a month, I thought it would be fun to talk about iOS testing. This episode should help you get up-to-speed with iOS testing and start thinking about how you’re going to test Apple Watch apps. Andy Obusek is an iOS mobile developer at the popular Email marketing firm AWeber, and he shares some of his favorite IOS tips and tricks with us. 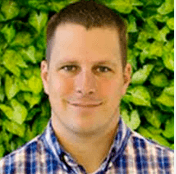 Andy has been an iOS Engineer since iOS 3.0 with professional experience as an independent and enterprise developer. He is the co-host of the podcast Brotherly Mobile, where he talks about technology and software development with a loose focus on mobile devices. Andy has also spent significant time coding in the J2EE world and contributes articles to many of the popular technology how-to sites, including Tuts+.

6 responses to “46: Andy Obusek: iOS Testing: The Apple Watch is Coming – Are You Ready?”