Have you ever wondered how testing is done at big companies like Microsoft? Curious to know what it takes to succeed with testing and automation across a huge enterprise that has a bunch of different products and technologies? Alan has seen it all and shares his years of testing wisdom. Your ears will be ringing from all the test automation awesomeness knowledge bombs Alan will drop on you in this episode. 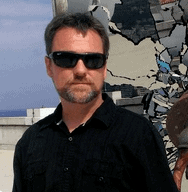 Alan Page has been a software tester for nearly 20 years. He was the lead author on the book How We Test Software at Microsoft, contributed chapters for Beautiful Testing and Experiences of Test Automation: Case Studies of Software Test Automation. He also writes about a variety of software engineering subjects on his blog at http://angryweasel.com/blog.

Alan joined Microsoft as a member of the Windows 95 team, and since then has worked on a variety of Windows releases, early versions of Internet Explorer, and Office Lync. Notably, Alan served for over two years as Microsoft’s Director of Test Excellence.

Currently working on something new at Microsoft. Alan has had many roles at Microsoft his most recent was as a Principal Software Design Engineer in Test (SDET) on the Xbox team, Alan spends his time designing and implementing test infrastructure and tests; and coaching and mentoring testers and test managers across the Microsoft organization.