Getting Started with Image Based Testing

Are you a tester who’s trying to automate something that your normal test automation tool is not recognizing? Or are you a gamer looking to create a gaming bot? Maybe you’re a combination of both. If any of those apply, this episode is for you. Today I’ll be Test Talking about the open-source, image based tool Sikuli with its core developer and maintainer, Raimund Hocke.

I think this is one of the most inspiring Test Talks to date because Raimund started the Sikulix project later in life, at a time when most people stop trying new things and become learning-stagnant. Raimund is proof that it’s never too late to learn something new, and his enthusiasm for Sikuli really comes through in this interview. 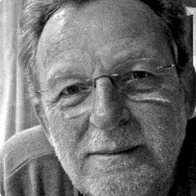 Raimund is the Senior Support Manager for SikuliX. Sikuli is a visual technology to automate graphical user interfaces (GUI) using images (screenshots). Sikuli Script automates anything you see on the screen. You can programmatically control a web page or a desktop application running on Windows/Linux/Mac OS X or even a Mobile Phone application running in an emulator.

14 responses to “40: Raimund Hocke: Getting Started with Sikuli Image Based Testing”