SmartBear recently released a new API testing tool named Ready! API. But I think that like with any new tool/rebranding effort things can get a little confusing. That’s why I asked Mike Giller, a technical engineer at SmartBear, to appear on the TestTalks show to let us know exactly what Ready! API is and how we can use it to automate our API tests.

Mike also shares with us all the cool new features of Ready! API and reveals SmartBear's vision for the future of API testing using the Ready! API platform. 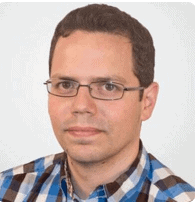 Mike is a SoapUI technical engineer at SmartBear, the makers of some cool test and performance tools like SoapUI, Test Complete, LoadUI Pro and a bunch more. Mike is known for developing and delivering highly informative SoapUI Pro demonstrations that focus on the functionality most important to SoapUI test engineers like functional, data-driven or security testing, mock web services, reporting, etc. He shares his passion for API testing using SoapUI in this must- listen episode.