With the ability to experience VR on mobile devices and WebVR on the horizon, the potential for VR to go mainstream is huge. But what does this mean for testing? That’s what you'll discover in this episode as we TestTalk with BJ about VR and AR in Mobile Apps Testing. Prepare to discover how to deal with new test environments, configurations, and interfaces for testing virtual reality and augmented reality mobile apps. 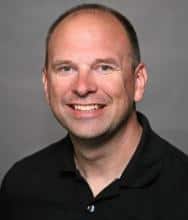 BJ Aberle has been Float’s quality assurance lead for six years. Originally hired in 2003 as the director of audio for multimedia projects, the journey into game and procedural audio introduced him to the world of code and development. BJ found that testing and QA allowed him to use those skills to bring new value to the organization. Since no two projects at Float are the same, he wears many QA hats and morphs many roles into one—automation engineer, manual tester, agile test coach—depending on the need at any given time. When he’s not wrestling with flaky UI tests, BJ enjoys creating music in his studio and spending time with his wife and three daughters.