Enterprise software needs to innovate quickly to stay competitive. Manual testing of APIs is inefficient. But many teams struggle to understand how to programmatically tests APIs. There are many tools out there but which one is right for you? Today we’ll be Test Talking with Patrick Poulin one of the founders of API Fortress a powerful API testing platform to help eliminate testing bottlenecks. In this episode, you’ll discover why you should add API Fortress to your list of API testing tools to check out. 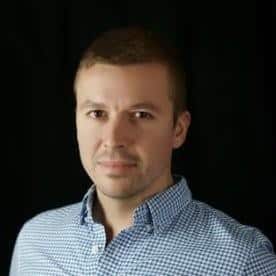 Patrick moved to NYC 10 years ago to pursue his technical career. Soon after he was managing the retail vertical for a company building the first mobile websites for over 75 major brands such as Tesco, Target, Macys, and MAC Cosmetics. After a (thankfully) short stint in adtech, he became the API Evangelist for Getty Images. This is where he first recognized the problem of a lack of proper testing for APIs. That experience helped kick off the creation of API Fortress with his co-founder. Patrick doesn't have any hobbies because he lives in NYC and his home is too small to support any.