In this episode Mike Talks shares insights from his years of texting experience. Discover testing tips and techniques like biscuit testing, the scientific approach to testing, how to test fighter jets and more. 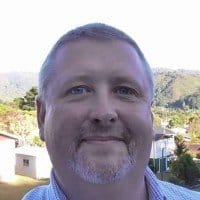 Mike works as a test manager in Datacom, New Zealand. Prior to focusing on testing, he worked mainly on a developer on aerospace themed applications, before focusing on testing and automation. As well as relatively new languages like Java and C++, he’s also worked in older frameworks such as Fortran 77, ADA and Lisp. Lisp!!!