Everywhere you look today, folks are talking about Artificial Intelligence. Will AI be the next big thing in automation testing? In this episode we’ll get a sneak peak into a brand new, AI-based test tool, Mabl, which was founded by a bunch of ex-Google employees. Today we’ll be test talking with Mabl co-founder Dan Belcher as he shares his views on AI/machine learning-based automation and gives a sneak peek at some AI-based features found in the soon-to-be-released AI test tool. 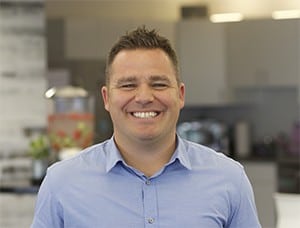 Dan is a product person focused on building tools that make software companies more productive. Currently, he is a Co-Founder at mabl, a company that is making software testing simple, using machine learning. Dan was formerly the Product Lead for Stackdriver within Google Cloud. Dan joined Google via its acquisition of Stackdriver, a company that he also co-founded, in 2012. Prior to Stackdriver, Dan served in various roles at Sonian (acquired by Barracuda), VMware, and Microsoft.Tutorial.