In this episode, Danny McKeown of Paychex test talks about how his small tools group supports nearly one hundred Agile teams in their automation efforts. Danny will share how his team is able to lead other teams to implement and succeed with their automation testing. You’ll also discover how Paychex assesses progress with their maturity model. 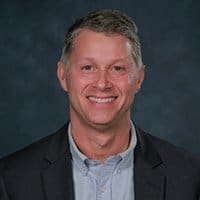 Danny McKeown has more than thirty years of technical and management experience in Information Technology. With Paychex for thirteen years, Danny has spent the last seven years as the Senior Test Automation Architect. In this role, he is instrumental in implementing an enterprise-wide, secure automation framework that leverages Selenium and other vendor technologies to support Continuous Delivery.

In addition, Danny is an adjunct lecturer at the Rochester Institute of Technology in the Software Engineering Department and on the advisory board for the International Institute for Software Testing.