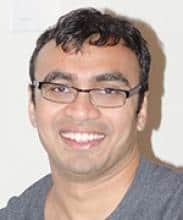 Satyajit is a Senior SDET focussing on mobile testing at GoDaddy, Kirkland, Washington, USA. His work involves automation of native and hybrid apps and providing test perspective to his team that recently converted from waterfall to an agile process. Before Godaddy, he worked at Urbanspoon and gained SDET knowledge at Microsoft. As a testing thought leader in a company that is deploying a suite of native apps, he is involved with strategizing, executing and mentoring other teams on best practices for native mobile testing. He presented on testing topics at various conferences.

He blogs at mobiletest.engineer and you can find him on twitter at @malugu