Today we’ll to be test talking with Maciek Konkolowicz about automated delivery channels. In this episode you’ll discover what automated delivery channel actually is, as well as what bottlenecks to avoid, why refactoring is not always the right choice, how to get a quicker feedback loop, how to set up consistent environments and much, much more. Listen up and discover how to take your automated test execution to the next level. 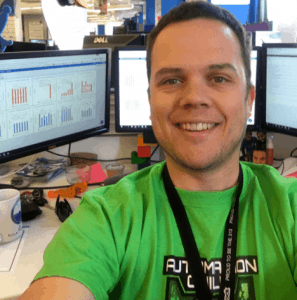 Maciek has been a quality champion his entire professional life. After graduating from university he found himself working in IT process auditing, which introduced him to the need for quality processes. After a brief stint in the process area, he decided to become more technically focused and found his QA passion. As many of his QA compatriots have done, he started with manual testing, but quickly became interested in automation. For the past seven years, he's been focusing on learning, implementing, showing and spreading the automation butter to whoever he can corner, be it Dev, QA, BA, or even Project Managers. He's a passionate technologist who loves to externalize his thoughts to gain perspectives of others. He tries to document his lessons learned at http://macie-j.me and his bad jokes on twitter. He has spoken at local meetups and conferences and loves to share his passion for the quality crusade.