Are you looking for an automation alternative to open source that’s easy to work with for non-developers? Are you also looking for a solution that is easy to design and scale? If so, TestArchitect by LogiGear might be the perfect fit for your team. And after you hear the big announcement near the end of this episode, you’ll be surprised at just how easy it is to get started. Check it out and discover how TestArchitect can help everyone on your team get started with test automation. 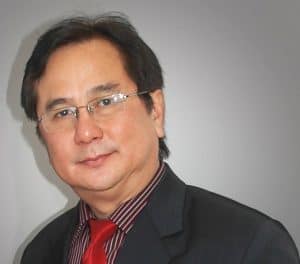 Hung Nguyen co-founded LogiGear in 1994, and is responsible for the company’s strategic direction and executive business management. His passion and relentless focus on execution and results has been the driver for the company’s innovative approach to software testing, test automation, testing tool solutions and testing education programs.

Nguyen is co-author of the top-selling book in the software testing field, “Testing Computer Software,” (Wiley, 2nd ed. 2002) and other publications including, “Testing Applications on the Web,” (Wiley, 2nd ed. 2003). His experience over the past three decades includes leadership roles in software development, quality, product and business management. Nguyen holds a Bachelor of Science in quality assurance from Cogswell Polytechnical College, and completed a Stanford Graduate School of Business Executive Program.