In this episode we’ll be Test Talking about Functional Programming and Property-Based Testing. As a tester, I feel it’s important to understand the latest trends and techniques in software development. Especially if it’s a developer-based testing technique that we can educate our programmers about to help create better quality software.

Eric Normand is the founder of PurelyFunctional.tv, where he develops Clojure training materials as well as on-site and in-person training in Clojure-related technologies. He also consults on software architecture, development practices, DevOps, and functional programming. 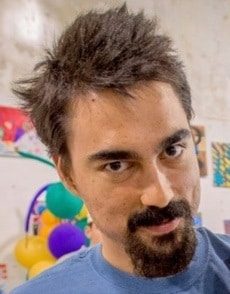 Eric Normand is a long time functional programmer excited to see it entering the mainstream. He loves teaching and cooking. You can learn Functional Programming from him at PurelyFunctional.tv and read his thoughts in The PurelyFunctional.tv Newsletter. If you visit him in New Orleans, you can meet his wife and daughter. He'll even make you some gumbo if you tell him you're coming.