Have you even wondered how you could bring agile acceptance test driven development to the front of your development cycle? Sure ATDD and BDD sound great, but how is it really implemented in the real world? In this episode Jeanine Rust a software architect-developer in test shares with us how to bring acceptance testing into our organizations from the ground up. So listen up and hear how Jeanine put test into Dev-Test-Ops. 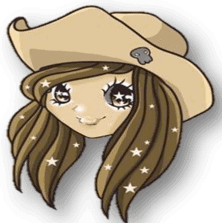 Jeanine Rust is a software architect / developer in test. Throughout her career in the software testing industry, Jeanine has come to value collaboration as one of the primary indicators of a successful team. Over the last few years, she has begun to specialize in acceptance test driven development, using Cucumber and SpecFlow, as an opportunity to partner with everyone from product owners to developers, business analysts to DBAs, and essentially anyone else who shows even the slightest interest. She is currently bringing acceptance testing into a new organization, from the ground up; and diligently evangelizing putting the “test” into Dev-TEST-Ops, whenever the topic arises.

2 responses to “141: ATDD – A Collaborative Testing Approach with Jeanine Rust”