One of the biggest challenges I see many automation engineers experiencing in 2017 is DevOps – and treating automation tests and infrastructure like code.

A few of those technologies, like Jenkins, Docker and Vagrant are critical technologies you should know in order to excel in your career in the coming year. In this episode we’ll be speaking with Wes Higbee author of multiple Pluralsight courses including Getting Started with Jenkins 2, Docker on Windows and Intro to Vagrant.

So if you want to expand your automation efforts beyond functional testing in 2017, you don’t want to miss this episode. 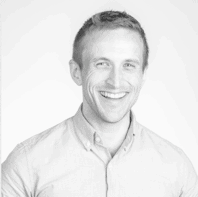 He’s a Pluralsight author. He writes extensively about both technical and non-technical aspects of software development. His written work includes articles featured on VeraSage, MSDN Magazine, InfoQ, and JetBrain’s TeamCity Blog. He’s been interviewed on The Businessology Show and Art of Value about how important value is in software development. And, he occasionally gets highly technical in a shared screencast or webinar.

2 responses to “136: Jenkins 2, Vagrant and Docker Automation with Wes Higbee”