Since I’m getting ready to put on my first online conference dedicated to automation, I thought it would be fun to hear about Google’s Test Automation Conference (GTAC) from one of its participants – Greg Paskal.

Greg is no stranger to TestTalks. This is his 4th appearance, and he brings his awesome GTAC insight (and some lessons he’s learned) to another can’t-miss episode. 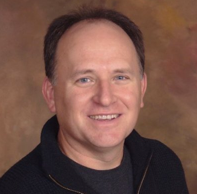 Greg is currently the Director of Quality Assurance – Automation at Ramsey Solutions, A Dave Ramsey Company. He is also the author of multiple white papers on test automation and testing in general.

Greg recently published his first book, “Test Automation in the Real World”, sharing insights from over 30 years of automated testing development. He has spoken at many conferences including StarEast, StarWest, QAI and QA TrailBlazers.

Greg is known in the testing industry as being passionate about mentoring and training others in software testing and other technical areas. Greg hails from California but currently lives in Nashville, TN with his wife Cindy and daughter Hannah.