On today’s show we’ll be Test Talking about keyword-based automation (also known as action-based testing) with Hans Buwalda, CTO of LogiGear and a pioneer in action-based methodologies of testing and automation.

Hans will share how using action-based testing practices like modularization and keywords can make your tests easier to create, automate and maintain, as well as simpler to understand. 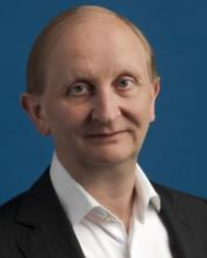 Hans Buwalda is an internationally recognized expert in test development and testing technology management and a pioneer of keyword-driven test automation. He was the first to present this approach, which is now widely used throughout the testing industry. Originally from The Netherlands, Hans now lives and works in California as CTO of LogiGear Corporation, directing the development of what has become the successful Action Based Testing™ methodology for test automation and its supporting TestArchitect toolset. Prior to joining LogiGear, Hans served as project director at CMG (now CGI) in the Netherlands. He is co-author of Integrated Test Design and Automation and a frequent speaker at international conferences.

One response to “130: Action Based Testing in Agile with Hans Buwalda”