In this episode, we’ll be test talking with Dave Cadwallader, a senior engineering manager in automation infrastructure, about a fleet of proven, open-source test automation tools developed by WalmartLabs that can help you succeed with automation.

Get ready to discover lessons learned about building and maintaining code and infrastructure that support massive- scale testing at Walmart, as well as tips for working with front end web development teams on making them successful. 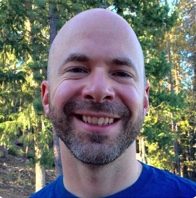 Dave Cadwallader is currently a senior engineering manager of automation infrastructure at Walmart eCommerce. His goal is to help teams automate the tedious elements of testing, so that we can focus on the fun stuff and catch bugs sooner.

Dave is also a co-creator of the open source tool TestArmada. TestArmada is a fleet of testing tools for making cross-browser, end-to-end testing fast, user-friendly, and valuable at scale across large teams, without those annoying false positives.