Metasploit is a cool open-source framework for conducting penetration tests. Not only does it help you conduct your tests, but it has a bunch of modules that can help you scan a target system looking for vulnerabilities.

In this episode Keith Watson, author of the Introduction to Penetration Testing Using Metasploit Pluralsight course will give us a high-level overview of how to get started with Metasploit, as well as some best practices for penetration testing.

Get your white hats on and listen up! 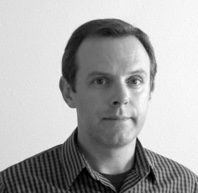 Keith Watson started his career in information security in 1997 at Sun Microsystems developing security tools for the enterprise. After several security-focused roles at Sun, he returned to his alma mater of Purdue University as a research engineer with the Center for Education and Research in Information Assurance and Security (CERIAS) to work on information security research in intrusion detection, forensics tools, and security architecture.

Keith is now an enterprise security architect at Purdue focused on protecting intellectual property and information assets. He also leads an active local security interest group, which he helped start in 2009. Along the way, Keith has trained many IT and information security professionals, published security guidance for operating systems, software, and social media, and was a TEDx 2014 speaker.