Are you looking for an awesome mobile grid solution like Sauce Labs, but don’t yet have a budget for this type of service? Although using an existing Cloud-based service is optimal, there are times when — and reasons why — having your own in-house mobile grid setup can be useful.

In this episode Justin Ison, a senior software engineer at Microsoft, will walk us through the tools, best practices and pitfalls to avoid when setting up your own Selenium mobile grid.

You’ll want to listen up, because Justin works on the popular and cool app Wunderlist — a simple task management app that can be used across loads of devices — so he knows how to get mobile automation done. 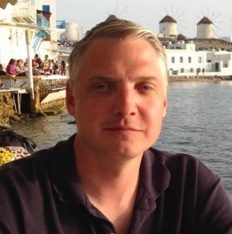 Justin has have over seventeen years of experience in Quality Assurance and Software Development. He has been a Director of QA and Test Automation for several different companies, both startups and large corporations. Responsible for implementing best practices, automating the entire technology stack, hiring personnel, and mentoring. A skilled engineer with a relentless passion for breaking things for all the right reasons mercilessly tests and scrutinizes applications in the ongoing pursuit of bringing them to a state of public readiness.

Justin has a passion for architecting test automation frameworks, finding new efficient and effective ways to improve software quality with software, and giving back to the open source community by contributing and giving insightful talks at meet-ups and conferences.