Are you struggling with managing you BDD efforts? Wishing you had a central location for your BDD where everyone can contribute to creating a common, domain-specific language as well as help refactor changes across multiple teams spread out across the globe? If so, Hiptest might be the tool for you. Hiptest is an open-source, modern test management collaborative platform for Agile teams that was designed to help you deliver better software faster. On today’s show we’ll be speaking with Laurent Py, co-founder and product manager at Hiptest, all about how to create more collaborative BDD. 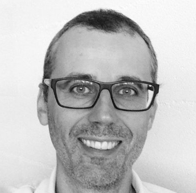 Laurent began working on advanced testing techniques in the 90’s during his Phd (Model Based Testing, test design, DSL…). He gained extensive experience in software testing as product owner and tester at Smartesting (2004-2014, where they developed testing products). He is now focusing on the development of a new cloud platform for Acceptance Test Driven Development at Hiptest.

Laurent has also spoken at several conferences, both academic and professional. The most recent talks he gave were on testing in projects that have continuous deployment: IBM Innovate (Orlando, 2013), JFTL (Paris, 2014), STeP-IN Summit (Bangalore, 2014), STAREAST (Orlando, 2014).
Quotes & Insights from this Test Talk