Today we’ll be test talking with Angie Jones about why we need more women and minorities in tech, as well as automation with Java. Angie is a consulting automation engineer at LexisNexis and an inventor with more than 20 patented inventions. On top of all that, she has been featured in Ebony magazine as one of the country's top young leaders under the age of 30, you definitely don’t want to miss this show. 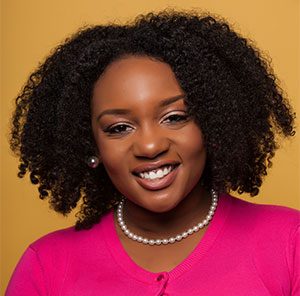 Angie Jones is a Consulting Automation Engineer at LexisNexis who advises several scrum teams on QA Automation strategies and best practices and has developed automation frameworks for countless software products. As a Master Inventor, she is known for her innovative and out-of-the-box thinking style which has resulted in more than 20 patented inventions in the US and China. Angie is also an Adjunct Instructor of Computer Programming at Durham Technical Community College, and is a strong advocate for diversity in Technology. She volunteers with organizations who champion this cause such as TechGirlz and Black Girls Code.

3 responses to “113: Why We Needs More Women & Minorities in Tech with Angie Jones”