The testing dead have risen, and they’re hungry…consumed with an unnatural desire for bad automation practices to feast on. Your test automation efforts are crumbling, and they’re coming for you next. What do you do?

Matt Barbour, Senior Director of Engineering at Comcast Silicon Valley, shares with us some lessons learned about end-to-end testing from Zombieland. Listen up and discover how to escape the coming test automation zombie apocalypse. 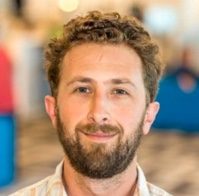 Matt is the Director of Test Engineering at the Comcast Silicon Valley Innovation Center, Matt Barbour has served in a number of engineering roles at the company since 2007. He and his teams are responsible for ensuring a top notch customer experience at Comcast’s large scale for set-top boxes, mobile devices, and browsers. Matt is a primary maintainer of a number of repositories on Github including Zucchini which enables highly concurrent Cucumber testing and Magic-Wand which takes all the complexity out of creating a Selenium test environment. Matt and his family live happily in zombie-free Half Moon Bay, CA..

2 responses to “108: How to Avoid a Test Automation Zombie Apocalypse with Matt Barbour”