Today we’ll be test talking with Paul Grossman, AKA the “Dark Arts Automation Engineer” about his five secrets of test automation. I’ve been following Paul for a long time on Linkedin, Facebook and other automation boards. He’s always posting useful test automation tips and tricks to help out the testing and automation community, so it was great to finally speak with him — and he did not disappoint. I think you’re really going to enjoy this episode. Check it out! 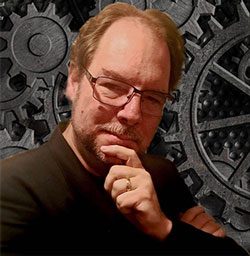 Paul is a well-known test automation engineer with over 15 years experience who has designed numerous WinRunner and QTP/UFT automation frameworks for companies like Redbox, NORC, Abbott Labs and Grainger.

He has spoken at HP Discover, QAAM, PSQT and the Dallas User’s group, and is one of the top contributors to Facebook’s largest automation group, Advance Test Automation.

Paul can also be found teaching others about testing at the TestingInstitute.