What better way is there to celebrate a milestone than speaking with a living legend? Gerald Weinberg has been developing and testing software for over 50 years, and was one of the engineers who worked on the first American NASA space program (Project Mercury), where he designed and implemented the space tracking network focusing on the first multi-programmed operating systems.

Jerry has also written more than 30 books including some of my favorites: Weinberg on Writing: The Fieldstone Method, Perfect Software And Other Illusions About Testing, and Becoming a Technical Leader.

You don’t want to miss this episode – it’ll be like listening to a real Obi Wan Kenobi … or Yoda! 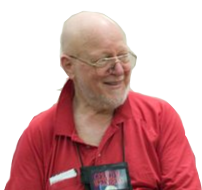 With over 50 years’ experience in developing and testing, Jerry has taught companies around the world and trained thousands of folks in his workshops on how to create better software.

Jerry is also a well-known author who has published over 40 books and more than 400 articles. Some of his most popular books (including The Psychology of Computer Programming and Introduction to General Systems Thinking) are considered modern day classics and are a must-read for anyone involved with software development.

8 responses to “100: Testing IS Harder than Developing with Gerald Weinberg”