Appium for Windows and Mac Apps

It was an honor to finally meet face-to-face with one of my open source heroes Dan Cuellar and talk about the future of Appium.

Dan Cuellar is the original creator of Appium. Jonathan Lipps is the leading developer on the Appium project now, but Dan is still proving leadership in the vision and direction of Appium automation.

Before we get into the future of Appium lets, cover some intro info first.

Originally Appium was developed as an automated tool used to create test scripts that can run against native mobile applications and mobile-web apps on iOS or Android leveraging WebDriver.

You might be confused about what the difference is between Selenium and Appium. They are different technologies for different testing needs. Appium is for mobile test automation, and Selenium is for browser-based automated testing.

At the Selenium Conference 2017 in Austin, Texas Dan gave a presentation on Automation for Apps. In it he laid out the evolution of open source automation as starting off with Selenium WebDriver which automated website, and then with Appium that generalize WebDriver to automate mobile apps. The next step is to bring in the ability to automate other kinds of apps on Windows and Mac.

This ultimate evolution is called the StarDriver vision — one protocol to automate all the things, and this is one of the first steps towards it. 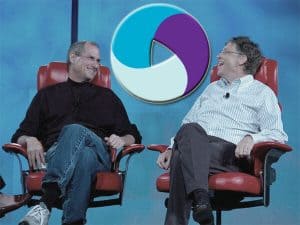 Windows Application Driver developed by Yousef Durr at Microsoft is the Windows implementation of Appium to automate Windows applications.

For those of you that don't like video here is the full transcript of my interview with Dan at this year's Selenium Conference in Austin.

Dan:                         Cool. Yeah, so Stuart Russell into it and and Yousef Durr of Microsoft and I are going to present on automating desktops on Appium. So it's the next step in the StarDriver vision. We started with Web Driver which automated websites, and then with Appium we sort of generalized it to do mobile applications.

What is Appium's view of the Automation

Dan:                         Appium takes a more broad view on it and says: “Well, why have a protocol just to automate one thing?” We feel that automation is similar enough that we might be able to develop one protocol to automate everything, which we refer to currently as the StarDriver Vision.

At Appium, we're working on continuing to generalize the web driver's specifications, so that perhaps one day we might have one protocol to automate all the things. Much further down the line, eventually people will just bring their own implementations to the table, and we won't be doing anything. We'll just be standing around taking credit for it or something.

Dan:                         Yes and no. I never expected Appium to ever work. Once Appium worked, I thought Windows apps and Mac apps were kind of inevitable. We always sort of had this [inaudible 00:03:07] automation for apps. Jonathan and I joked about like … one day Windows and Mac. We weren't really joking, we really thought that one day this would happen. Why not use this for everything. I never thought Appium would ever become anything, but once that Leaf happened, I assumed … more and more responsible than I used to.

Dan:                         For some people, you might want to read about the correct choice, there's a lot of advantages having Appium, and there's also a lot of advantages to going with the Google supply to protocol Espresso, which is shipped with the later versions of Android. If you don't need some of the benefits of Appium, such as compatibility with the Legacy Android devices, one protocol for both iOS and Android and some of the other tooling that comes around that we have … And you have a team that writes Java code, I know the developers, Espresso might be a good choice because you'll have a more tightly coupled set of automation.

But that being said, there are still many benefits that Appium brings to the table. For most people, Appium is still the correct choice. There does exist that new niche developer market who does do their own automation and who wants to use it. Where to Espresso could work well for them and could provide things Appium wouldn't.

I'm sure you've all heard of Selenium by now. It's a popular tool END_OF_DOCUMENT_TOKEN_TO_BE_REPLACED

Just because you can automate tests doesn’t necessarily mean that you should. In END_OF_DOCUMENT_TOKEN_TO_BE_REPLACED