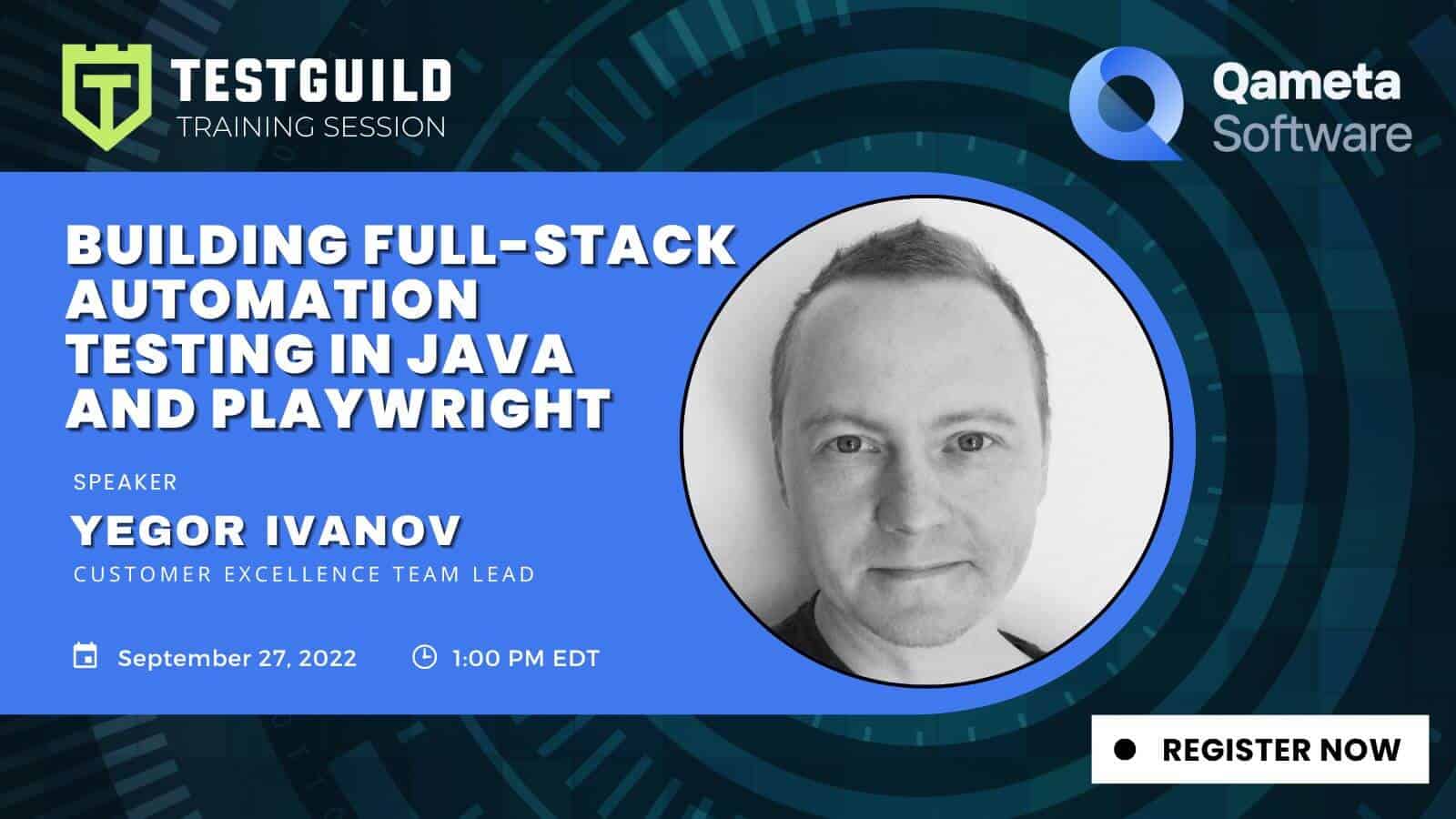 Every web service has a backend and a frontend that work together. However, testing them quite often comes apart: unit-tests are stored separately, manual tests are executed in a standalone TMS, and backend testing is run by another team.

How do we get the full picture of what’s going on? With Allure TestOps powers it’s an easy-breezy task! In half an hour we will:

Yegor is a person with a lifetime passion for tech. He started his journey in telecom 20 years ago and later made his way to IT services working at Thales and Nokia. As a big fan of routine automation and continuous studying, he’s been deeply involved in QA automation for the last three years.

RESERVE YOUR SPOT!
WEBINAR REGISTRATION
Register For The Webinar

*! This free training session is brought to you by TestGuild in collaboration with our partners at Qameta Software. We solemnly swear your data will be as safe as Fort Knox with us. If you see us (or Qameta) in your inbox dishing out some actionable test automation advice and don't like it - you can always unsubscribe. Also, we're not on speaking terms with spam. So we just totally avoid it now. ;) !*