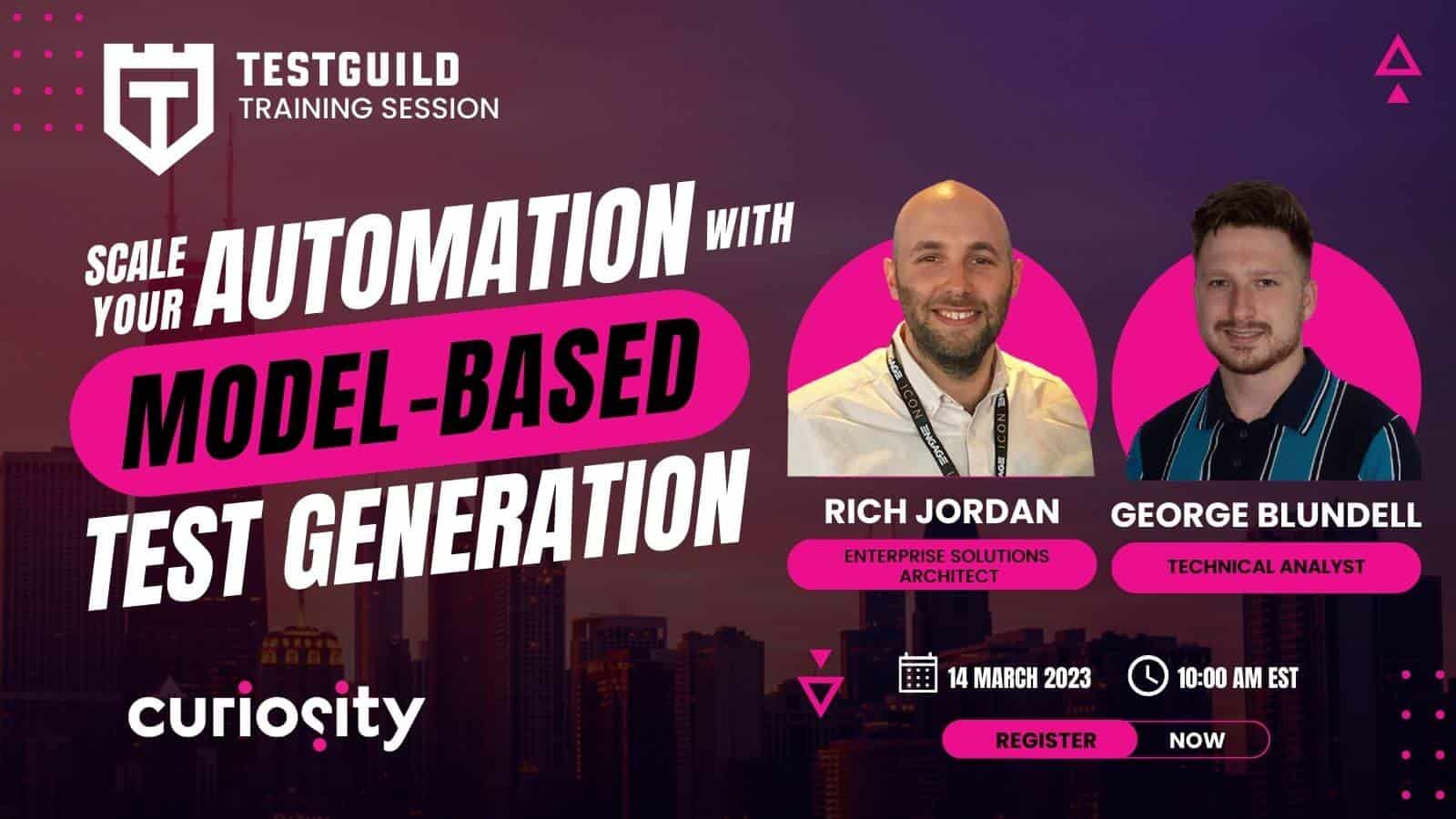 Your teams are writing quality test automation, yet overall automation rates have struggled to get beyond 15-20% of all tests executed [1]. To scale automated testing and achieve sufficient in-sprint coverage, an alternative is needed to manual test creation, brittle test maintenance, and working in a skilled silo that finds bugs only once it's too late.

This webinar will demonstrate how you can use flowcharts to generate automated tests at lightning speed, while systematically targeting in-sprint coverage and fostering close collaboration between SDETs, testers, developers and designers.

Rich has spent over 20 years in testing, mainly within complex financial services environments. Coming from a more technical testing background, he has been heavily involved in many transformation initiatives around automation, performance, data and beyond. This experience ranges from setting up teams and frameworks, to crafting enterprise strategies for making test teams DevOps-ready. Rich's leadership was recognised by five industry awards during 2021-22 alone, as his teams were awarded in both testing and DevOps categories.

George is a Technical Analyst at Curiosity, where he collaborates closely with organizations on high-priority automation initiatives. George implements and supports model-based approaches to generating, optimizing, and maintaining rigorous automated tests, while supporting close collaboration between stakeholders from across the development lifecycle.

RESERVE YOUR SPOT!
WEBINAR REGISTRATION
Please confirm (click on the box to the right):
*! This free training session is brought to you by TestGuild in collaboration with our partners at Curiosity Software. By registering, you agree to the privacy policies of Curiosity (http://bit.ly/3qZnxTC) and TestGuild (http://bit.ly/3WHZtmD). Your data will be processed by both parties, including communication before and after the event. !*