The Internet of Things in Health Care

This week I was a guest speaker for a Zephyr webinar about The Internet of Things and its Impact on Testing. I'd like to share some of my notes from some of the things I shared on the call, which I based on my experience and my research.

The Internet of Things may seem like just a buzz word to some of you, or you may not have thought much about it before. But I think it's important to do so since it's a growing trend, and as testers, sooner or later we are going to be called upon to test it.

Before we can test something, we need to understand it. Hopefully, this will give you a quick understanding of what the Internet of Things is and why, as a tester, you should care.

When you start reading about the Internet of Things you might ask yourself, what is a “thing?” A thing is typically an everyday object that has three main characteristics:

The first characteristic is important because with the IPv4 spec there are only 4.3 billion Internet Protocol (IP) addresses available. You may have heard that the Internet is running out of IP addresses; this is often referred to IPv4 address exhaustion.

Because more and more of these “things” have started connecting to the internet, the IPv4 4.3 billion addresses are going to fill up quickly. But no worries — the new IPv6 standard was created to resolve this issue.

[tweet_box design=”default”]#IoT There will be more than 50 billion objects connected to the Internet by the year 2020.[/tweet_box]

What is a “Smart Thing?”

A smart thing needs to have a unique ID

For something to be considered a “smart thing,” it needs to be uniquely identifiable. There have been some estimates from Cisco that there will be more than 50 billion objects connected to the Internet by the year 2020.

That's why IPv6 is so important. All these objects will need unique IDs, and with the IP4 standard, it's a given that we'll need way more than the current 4.3 billion address.

Another requirement for something to be considered a “smart thing” is that it needs to be able to communicate wirelessly to send the data it's collecting. These devices should be as small and unobtrusive as possible so you don't have to rely on wires.

This data collection is another important attribute of a “smart thing” since it also must have the ability to sense its surroundings.

This data is gathered using an array of sensors that can register changes around it, like movement, pressure, sound, light, etc.

The final attribute a “smart thing” needs is to be paired or embedded in a circuit. These embedded systems are generally single-purpose devices, which allows them to perform three main functions. I call these functions DPD:

I'm pretty sure we're all familiar with the Fitbit, which is a wearable device that monitors how many steps a person takes in a day and stores that info in the Cloud. But is a Fitbit considered a thing? Let's try our criteria on it and see.

So is it a thing? I think we would all agree that, based on the criteria I laid out earlier in this post, that a Fitbit is indeed a “smart thing.”

Some other iOT Examples

The Fitbit is something that most people are already familiar with, but how about some examples of things you may not know about yet? I just received the latest copy of Popular Science magazine in the mail, and it has a small article titled Rise of the (Nearly Invisible) Wearable that gives some good examples of some cool health care-based wearables:

The first one, SEEQ Mobile Cardiac Telemetry System, made by Medtronic, is basically a sensor that sticks onto a person's chest and keeps track of their heartbeat information. This data is then sent to a medical monitoring service where a staff can analyze it and forward it to a physician if needed.

The second example is a product called the BioStamp system. It allows users to monitor biometric data like heart rate, body movement, and temperature. What's cool about it allows people to track this info for their own personal use in their own home.

One of current driving forces in health care (and what I believe will really drive the IoT revolution) is The Accountable Care Act.

These examples of the ability to gather real-time information are huge because due to the rising cost of caring for the sick and increasing government involvement in paying doctors based on patient outcomes (accountable care), there is a push more toward preventive health care.

For those with long-term conditions like diabetes, this means moving away from sporadic health checks during frequent hospital appointments to constant monitoring. This should not only improve a patient's overall health but also lower the cost of treating poorly monitored or undiagnosed conditions. 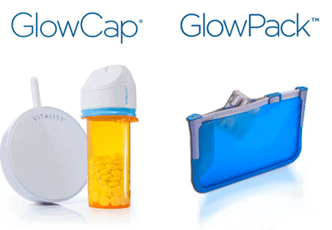 What's really cool about all this is that once these medical sensors are in place, we'll be gathering a lot of data that wasn't looked at in the past. This is critical because the analytics being gathered will have the power to dramatically improve patient outcomes.

One of the most promising elements of the Internet of Things in health care is that this new information will not only improve the health outcomes of individuals but also should help us discover things in the general population. By extrapolating data and identifying correlations and trends, this data will lead to more breakthroughs in our understanding of certain conditions that may not have been previously detectable on such a micro level.

Yet another benefit of the Internet of Things in health care will be the ability to help reduce medication errors and keep more accurate inventories of medications.

The other day I saw a video of the Enchanted Objects: Design, Human Desire, and the Internet of Things author David Rose being interviewed by John Stewart, who demonstrated a medication “glow” cap, that will remind patients to take their medicine by blinking or texting.

This is just one minor application, but I'm sure you can imagine the endless possibilities for this type of technology.

These are the notes I used for the Webinar. Hope it helps.

I'm sure you've all heard of Selenium by now. It's a popular tool END_OF_DOCUMENT_TOKEN_TO_BE_REPLACED

Just because you can automate tests doesn’t necessarily mean that you should. In END_OF_DOCUMENT_TOKEN_TO_BE_REPLACED