There's a serious amount of misinformation and myths out there about AI–especially when it comes to ai automation testing –and depending on where you get your information, some of you may believe that AI testing and automation is going to completely disrupt this space and make both development and testing obsolete.

We also have the other extreme–people who say AI testing is not even a real thing and feel there is nothing to be worried about.

I think both views are partially correct.

What is AI Automation?

When the topic of AI came up, no one in that room, despite all of the experience under their belts, could agree on a definition of what AI even is–other than “magic.”

What we did end up agreeing on, however, was that it was some sort of “statistics software” or software that uses statistics. And what's funny about that is this was a vendor that was trying to wrap their head around how AI is going to impact their space.

And although AI  is being overhyped–especially in the testing space–I believe it's a real thing. And I think there's going to be some possible disruption coming in the next few years around AI; especially when it comes to its role within testing.

So what do you need to know now about testing, and what skills should you be working on to get ready for this new era of tests on a mission?

That's why I created the AI Summit Guild.

It's going to be a one-day conference that brings together both vendors and real-world, hands-on practitioners who are already experimenting with testing. They’ll give you the straight dope on what's going down within AI–the pros and cons, what it is what it isn't, and what we see going forward with the automation to get you up to speed so that you're not disrupted.

I'm also working in conjunction with the Artificial Intelligence for Software Automation Association to bring you this first-of-its-kind summit, which means our speakers will be discussing some of the newest A.I. testing tools out there. 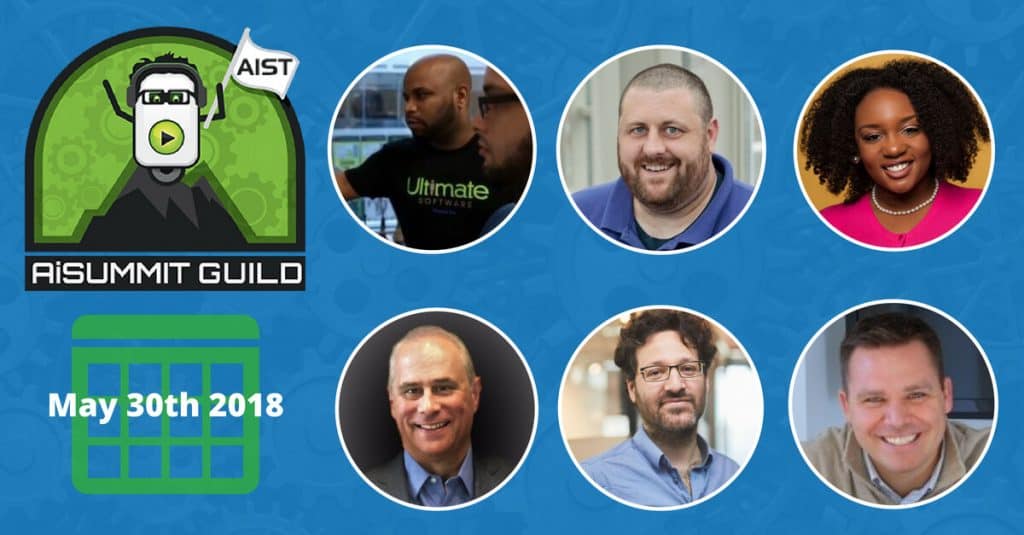 We’ll have Dan Belcher from Mabel doing a session on Your Career in the Era of Intelligent QA.

In his session, he’ll be sharing his insights into QA roles and skills that you'll need to know, and that will probably be in demand in this new era of testing.

We’ll also have Oren Rubin from Testim. In his session, Using AI to Solve the Quality/Velocity Dilemma, he’ll cover some common issues that are occurring with the CI/CD, as well as how to overcome a lot of the hurdles you're probably experiencing in your continuous delivery continuous integration systems using machine learning.

Jason Arbon from Test.AI will show how you can use AI for User Flow Verification and reveal just how soon AI will become your new favorite teammate.

Besides vendors, we also have some real-world, hands-on experts like:

Angie Jones from Twitter. In her session, Show and Tell: Explain Machine Learning to Me Like I'm Five, she’ll explain precisely what machine learning is in a way that you’ll understand.

Angie will cut through the hype surrounding AI and give you the straight dope.

She'll also discuss some possible vulnerabilities AI is probably going to introduce that you’ll need to know as a tester.

We’ll also have Tariq King who, during his keynote titled, A Vision of Self-Testing Systems will explain the reasons why he believes the idea of testing will become mainstream a lot sooner than you think.

And finally, we’ll have Geoff Meyer take us on a Testing Journey into the Age of Smart Assistants. 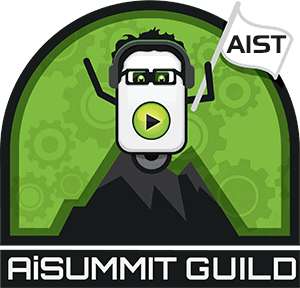 What You'll Discover at the AI Summit Guild

After the AI Summit Guild, you'll have a clearer understanding of the pros and cons of the upcoming A.I. testing technologies, and will have a more visible path forward for you and your teams that you'll need to take to adapt to this new AI revolution.

Let’s all band together and cut through all the hype and misunderstandings around AI automation testing.

Hope to see you there!

Be sure to register NOW and experience some true AI automation awesomeness.

I'm sure you've all heard of Selenium by now. It's a popular tool END_OF_DOCUMENT_TOKEN_TO_BE_REPLACED

Just because you can automate tests doesn’t necessarily mean that you should. In END_OF_DOCUMENT_TOKEN_TO_BE_REPLACED